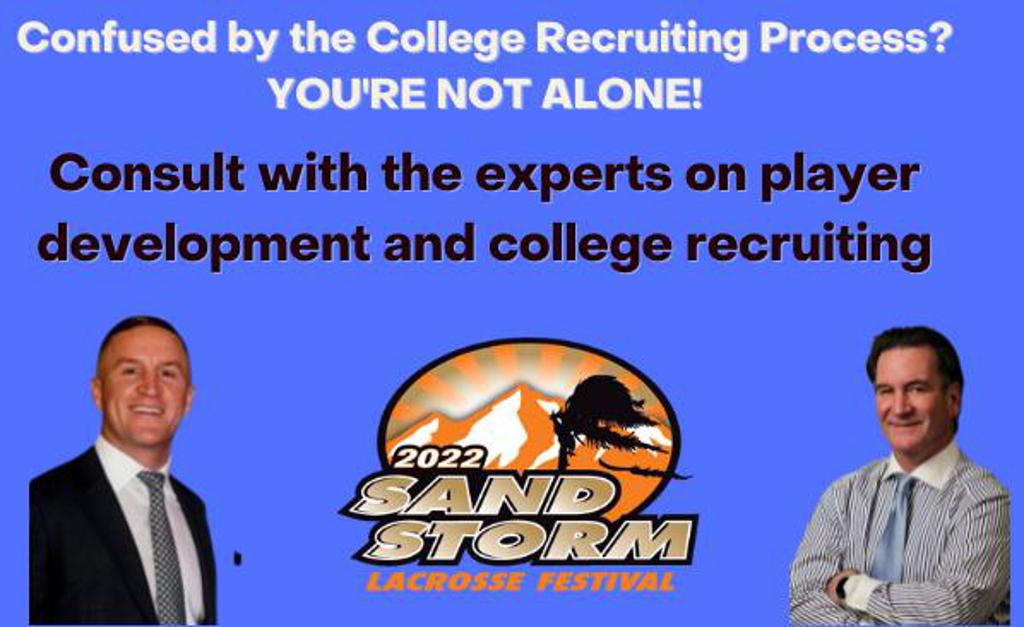 Attend a seminar on the College Recruiting process Saturday evening and

Schedule a free 30 minute Personal Consultation , to be held on site at the tournament.

To be held at La Quinta Resort and Club
(5 MINUTES FROM THE FIELDS)
49499 Eisenhower Drive, La Quinta
Flores #6  Conference Room

Ken has guided  more than 600 female and male athletes through the complexities of the recruiting process.

He has written numerous article for Inside Lacrosse , about the complexities of the recruiting process.

He is also the owner of The Long Island Sting, the oldest boy's club team in the country. His club team has  been on the recruiting circuit for over 27 years. This affords Ken tremendous insight into the demands of recruiting and how the process has changed over the years and continues to do so.

Ken is an avid surfer. He is also a fitness enthusiast, having competed in over two dozen Triathlons.

Mark will address what it takes to maximize physical and mental skills, to raise your recruiting profile.

After being selected as a high school All American, Mark attended Yale University, where he played on three Ivy League Championship teams. Twice at Yale, he won the team’s  Winthrop A. Smith Award for inspiring teammates with superior conditioning and team play. He also received the Dan Casman and Donald J. Reape Memorial Awards, given for character, team spirit, and enthusiasm.

In 2016, as a senior at Yale, he was a Third Team All-American, First Team All-Ivy League, and First Team All-New England short-stick defensive midfielder. That year, he was voted by his coaches and teammates to wear the Christian Prince #27 Jersey on Alumni Day for exemplifying great spirit, presence, and leadership.

Mark currently plays for The Chaos in the Premier Lacrosse League. He is also a PLL All Star.

CLICK BELOW TO SCHEDULE APPOINTMENT WITH EITHER MARK OR KEN

You can make a Zoom or phone appointment for a free 30 minute consult , before  or after the tournament, by clicking on the link below.